Just a few days ago, it was announced that a historic bridge in Rotterdam would have to be dismantled to allow the new personal yacht of Jeff Bezos, the super-rich Amazon boss, to leave the Oceanco shipyard in Alblasserdam where it was manufactured. (for a budget of 430 million euros). The boat, 127 meters long, will become the largest sailboat on the planet when it is launched, but it is too high to pass under the Koningshaven bridge, however raised.

The city of Rotterdam has tried to put an end to the controversy by stating that no request for the dismantling of the work of art had been submitted, and that the name of the owner of this boat was unknown to them, their official reaction is arrived too late. Activists, whether they are critics of Amazon, GAFAM or capitalism 2.0, or even simply angry at the lavish spending of the new multi-billionaires, have already met in the port to bombard the yacht with rotten eggs .

As the saying goes more or less: you can’t make an Amazon without breaking eggs. And the inhabitants of the city are now sticking together to oppose the lift bridge being dismantled…

“What relationship with Michel?“, you will say?

For several years, Pierre Maurel, a cartoonist established in Toulouse, has been publishing in Brussels, with L’Employé du Moi, the adventures of his double on paper, Michel, a radio journalist with a big heart, unable to tolerate social injustices and unconcerned about finding himself a place elsewhere than on the margins of French society at the start of the 21st century. After scouring the worst jobs available on the labor market, the paunchy ex-journalist passionate about sounds has gone into exile in the countryside where he spends peaceful days. This is where we find him at the beginning of this album, squatting without scruple in the beautiful swimming pool of an isolated villa, unoccupied apart from the summer holidays.

Once again, the brave Michel with his ungrateful physique (we recognize him in all positions thanks to his round belly, his galloping baldness and his thick-rimmed glasses) gets angry at the aberrations and inequalities that are his eyes the hallmark of the contemporary world. It is particularly revolted against the oversized convoys transporting luxury yachts to the Mediterranean, which pass through the small roads of the nearby villages in defiance of the rules in force, triggering traffic jams.

The end, the means, all that…

We know Michel, he is soup with milk, his enthusiasm and his thirst for justice make him a Don Quixote who would have abandoned stories of chivalry for poaching manuals and treatises on anarchy. Alone against the powerful, clumsy but well intentioned, Michel is a tasty anti-hero, an amateur saboteur whose flamboyant crimes we follow with great pleasure.

Will he succeed this time in cutting short the transport by road of the individualist aberrations of ultra-capitalism that are luxury yachts? The question is asked and joins the one that divides the inhabitants of Rotterdam today. On the one hand, the city’s shipyards are a source of employment for a lot of people, but on the other, the historic lift bridge does not deserve to be put out of action to satisfy the dreams of a floating palace. a wealthy American, whose fortune is built on the exploitation of a fragile workforce, whose main source, poverty and precariousness of workers, seem more sustainable than the other resources of planet Earth.

Additional question: is this sailboat a simple resort or an island-nation intended to float away from territorial waters to escape all the legislation in force; with Bezos, as with his colleagues who set out to conquer space at the same time as that of tax evasion, delusions of grandeur are indeed limitless. While some explode their CO2 quota by sending themselves into the air with tourist rocket fire, the boss of Amazon seems to have the intention of paying a high price so that the bridge which blocks his sailboat is debited in rounds. Who will prevail, the common good or the omnipotence of the dollar?

For Bezos and the bridge, I don’t know the answer, but for Michel, Pierre Maurel delivers it to us in 80 joyful and nicely framed plates. We take undisguised pleasure in following the wanderings and black and white fury of his hero, who is more uplifted than ever. But one cannot help thinking that fiction, as amazing as it is, always ends up being overtaken by reality, when it is manipulated by unscrupulous businessmen, whose personal fortune exceeds that of quite a few of country. 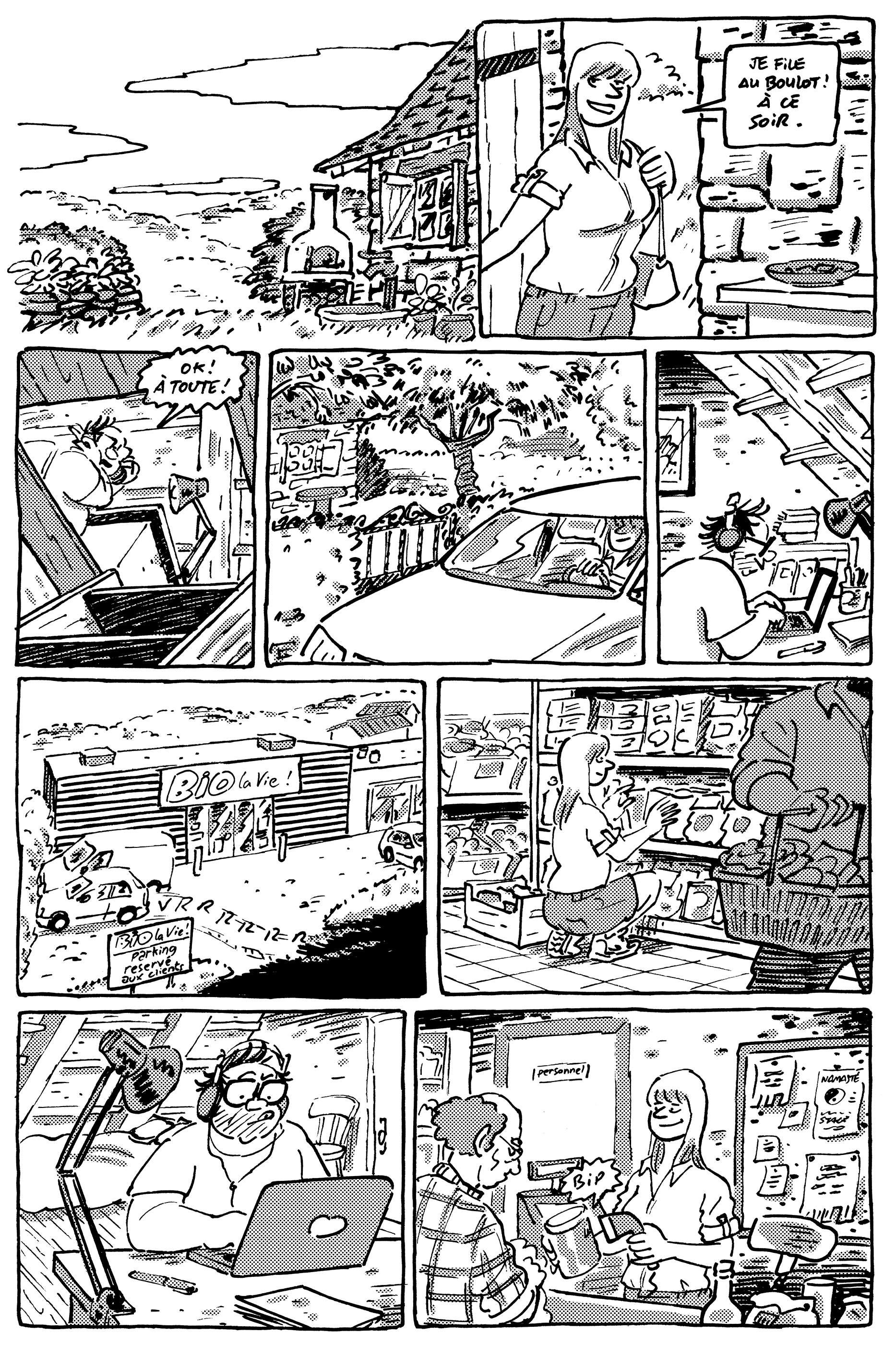