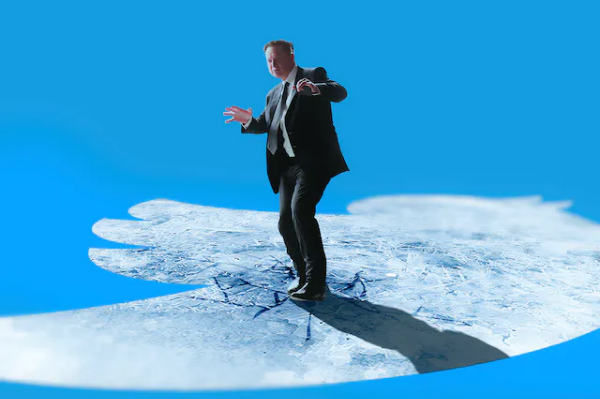 Elon Musk has added the Twitter business to his business empire after months of legal skirmishes. He celebrated the event by dismissing members of the management. Musk fired Parag Agrawal, who succeeded Jack Dorsey as Twitter CEO, and CFO Ned Segal, both of whom were present in the building at the time and escorted by security, according to Reuters. Vijaya Gadde, the company’s senior politician, whom Musk had publicly criticized, was also ousted. Sean Edgett, the general counsel, has also left, reports the New York Times. Sarah Personette, account manager, was also made redundant. The executives were paid handsomely: Agrawal received $38.7 million, Segal $25.4 million, Gadde $12.5 million and Personette, who tweeted yesterday that she was delighted with the takeover by Musk, said received $11.2 million.

Musk initially offered to buy Twitter in April, then changed his mind and tried to back down in May. He then changed his mind again on October 4, filing a letter with the Securities and Exchange Commission affirming his commitment to the original deal. Musk is expected to address Twitter employees today now that his $44 billion takeover is complete.

Musk was scheduled to be heard on October 6-7, after moving his testimony from late September. He announced that he would honor the contract negotiated by his lawyers just days before the date scheduled for his testimony. This statement was probably going to be uncomfortable; a judge ruled that Musk likely deleted Signal posts that were relevant to the case. Deposition delayed as Musk and Twitter work to reach settlement; Musk even received a court order halting proceedings to allow the deal to be completed by October 28.

Questions remain as to what Musk plans to do with Twitter now that he owns it, although he has made a number of public comments. The Washington Post reported that Musk planned to lay off 75% of Twitter employees, citing estimates given to potential Twitter investors. Musk told Twitter employees the 75% figure was inaccurate, Bloomberg reports. In text messages from Musk, provided to Twitter attorneys during the discovery process, he and entrepreneur Jason Calacanis, a friend of his, discussed the downsizing and demanded a return to the office.

Twitter is facing challenges to its position on freedom of expression in court, with the Supreme Court agreeing to take up two cases that will determine its liability for illegal content. Musk, who is also CEO of Tesla and SpaceX, has hinted he will change Twitter’s moderation mode, potentially easing the kind of policies that saw former President Donald Trump permanently banned from the platform. .

Twitter employees await their fate under the leadership of Elon Musk

Twitter employees wonder what their new Chief Twitter has in store for them. The entrepreneur has renamed himself Chef Twit on his profile: twit means cretin in English. Despite a message from marketing director Leslie Berland on Wednesday saying they’ll hear from him directly on Friday, no employee meeting with Musk has yet been scheduled. Meanwhile, Twitter’s current CEO, Parag Argawal, hasn’t spoken to employees in weeks.

As employees expect more from Musk, an internal memo yesterday afternoon said Twitter’s code would be frozen until Tuesday, November 1, 10 a.m. PT; the same day that many employees will see their current share of stock and cash compensation vest. Next, Musk asked some Twitter product managers to meet with Tesla employees, presumably to help him figure out what exactly he’s buying.

Twitter deal only entails risk of loss for Elon Musk

Elon Musk is the richest man on the planet, so he is seen by many as a genius. But if the Twitter acquisition is the colossal and very public failure that some are predicting, it threatens what is most important to Musk’s brand image: his reputation.

Nobody thinks the company should be valued at $44 billion, said Andrea Walne, managing partner of Manhattan Venture Partners, in early October. She and other investors were trying to back out of the deal. Obviously I and other investors are overpaying for Twitter right now,” Musk said during a Tesla earnings call.

Twitter is a second-rate social network, which only made $5 billion in revenue last year. He did not make a profit. But it’s had an outsized reach, thanks in part to the active use of people like Musk, who uses Twitter to communicate with his fans, investors, and others. Among the heavy users are politicians and journalists, which means that Twitter influences public discourse. What Twitter doesn’t do is make money.

Musk reportedly told investors he would double Twitter’s revenue in three years. He also told them that he planned to cut 75% of the staff. But Musk has a serious headwind: Twitter’s biggest users are deserting the platform. These users are the most profitable and generate half of Twitter’s revenue. It’s not Musk’s fault, it’s been going on since the start of the pandemic, but it’s now his problem. Musk’s reputation is worth the money. She has largely contributed to the success of Tesla and SpaceX, the aura of Musk has protected these two companies. And Musk has been more savvy than other CEOs in using social media for marketing.

Under Musk’s leadership, Twitter may struggle to meet user expectations for speech and moderation. Musk said a lot about what he was going to do, but the most notable was that he plans less content moderation.

Musk’s reputation has been carried by Tesla, which Musk has rescued from bankruptcy more than once. Tesla electric vehicles have revolutionized the market, sparking the interest of people who are not environmentalists for these cars. Musk was rewarded with a booming stock price, allowing him to overtake Jeff Bezos and become the richest man on the planet. But if Tesla’s stock price begins to crash in earnest, will Musk’s reputation follow?

Musk said the acquisition of Twitter was “not a way to make money” to advertisers, he assures in his message that he did not enter into the operation because it was “easy”, but to try to help humanity. In addition to respecting the laws, our platform must be warm and welcoming to all, he writes.

Despite these statements, Elon Musk would have put ideas to reduce costs and increase revenues. Governments and businesses could be charged a small fee to use Twitter, and job cuts could be considered to improve business results. Some current Twitter employees have criticized Musk’s plans for the platform, calling them inconsistent and lacking in detail.

More generally, Musk has talked about using Twitter to create X, the everything app. It’s a reference to the Chinese app WeChat, which started life as a messaging platform but has since grown to encompass multiple activities, from shopping to payments and gaming. You basically live on WeChat in China. If we can recreate that with Twitter, we’ll be very successful,” Musk told Twitter employees in June.

Elon Musk reportedly intends to destroy Twitter and turn it into WeChat, the Chinese chat, an application allowing everything from messaging to electronic payments

Despite his promises, Elon Musk probably won’t be able to connect Iran to the Internet

Elon Musk accused of sexual assault, SpaceX would have agreed to pay a substantial sum

McDo too sure of himself to accept help from DOGE fans?