In Brussels, do NGOs really act in the interests of Europeans? A study by the Identity & Democracy Foundation highlights the influence of personalities who are often distant from the aspirations of the people.
A consultant in economic intelligence strategy and a specialist in analyzing the murky role played by NGOs, Thibault Kerlirzin is the author of “Greenpeace, une ONG à double-fond(s)? (VA Editions).

On the US side, Bill Gates is one of the most influential personalities with the European Commission, and its first point of contact on budget, development and science & innovation issues. His foundation funds several NGOs and think tanks, and the Catalyst branch of his Breakthrough Energy initiative is a partner of the Commission in the framework of the European Green Deal. Gates is also the first funder – 5 billion dollars – of GAVI (the Vaccine Alliance), which pilots the COVAX device, and has its company of mini nuclear power plants TerraPower represented by Boundary Stone Partners, a firm close to the House. -White.

On the Swiss side, Klaus Schwab’s World Economic Forum has privileged access to the Presidency of the Commission. Ursula von der Leyen, who claims the implementation of the Great Reset of Davos within the EU, is a former member of the Board of Directors of the WEF. The Digital Green Certificate planned by the Commission is also globally a transposition of the Common Pass developed by the Davos Forum in collaboration with the Rockefeller Foundation. Despite its non-EU nature, the World Economic Forum also benefits from subsidies from the European Commission, amounting to more than €600,000 for its last fiscal year.

Thibault Kerlirzin’s report also stops at George Soros’ Open Society. Although this NGO has a Brussels branch (OSEPI), it remains mainly domiciled in New York and Brussels. In addition, the influence of the American headquarters is direct since it generously finances dozens of other NGOs which carry out sustained lobbying with the European Commission (Transparency International, Human Rights Watch, Reporters Without Borders, etc.). This, in addition to the Central European University founded by Soros and whose graduates can be found in the Commission as well as in the European Parliament or the Council of the European Union.

The Open Society is not the only falsely European NGO in the report. Transport & Environment is a structure that pushes for the energy transition in the field of transport (revision of standards on CO2, emissions trading system, hydrogen strategy in aviation and freight, etc.). Between 2014 and 2019, T&E ranked 2e NGOs having obtained the most appointments with officials of the European Commission. However, its financial backers (apart from the Commission itself) are mainly from outside Europe: the United States, Switzerland, Norway… All this, without the interests that these NGOs really represent ever being questioned. 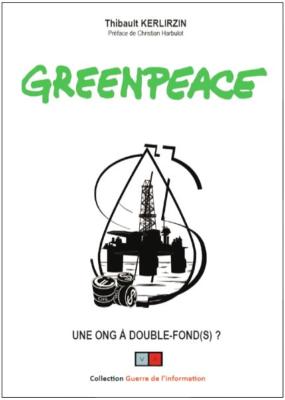 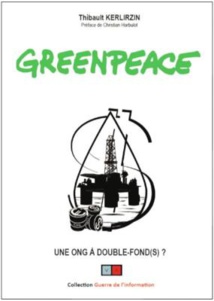 Explosive revelation: here is the list of media that received 319 million from Bill Gates to control our opinions

Despite donating $6 billion, Bill Gates remains the 5th richest man in the world

Elon Musk: Five ways Twitter has changed for its users since its takeover by...

admin - January 26, 2023 0
© afroguble.com 2022
Manage Cookie Consent
To provide the best experiences, we use technologies like cookies to store and/or access device information. Consenting to these technologies will allow us to process data such as browsing behavior or unique IDs on this site. Not consenting or withdrawing consent, may adversely affect certain features and functions.
Manage options Manage services Manage vendors Read more about these purposes
View preferences
{title} {title} {title}
MORE STORIES