Google has announced that it will launch a competitor for OpenAI’s ChatGPT model, which has become very popular recently. Google’s new chatbot is called Sparrow and was featured as supporting evidence in a research paper last year. DeepMind CEO Demis Hassabis said Sparrow could launch in private beta in 2023.

Sparrow’s project was delayed from the launch of ChatGPT due to the risks associated with this kind of generative technology. These risks include the possibility of generating harmful and biased texts, as well as scammers who use the model to create phishing emails and malicious code.

Sparrow wants to be more reliable

Another important consideration for DeepMind is the accuracy of information. Language models such as ChatGPT generate responses that may seem legitimate, but have not been verified for veracity. To remedy this, Sparrow should have important features such as the ability to cite specific news sources.

According to the research paper on how Sparrow works, he backed up his plausible answers with evidence 78% of the time. DeepMind is also working on rules to limit Sparrow’s behavior and the ability to rely on human input in certain contexts.

It should be noted that the innovations mentioned above are important steps for this kind of tools. Adding links to cited sources makes Sparrow taste more Google than ChatGPT. It remains to be seen how this will address concerns raised in areas such as education. However, citing the sources used to formulate answers could provide an excellent starting point for research, but could also look like a ready-to-submit essay with appropriate references.

Google is treading dangerous ground by launching a competitor to OpenAI’s ChatGPT because its entire business model relies on ad revenue from websites. If searches are mostly done by ChatBots in the future, then their whole business model could come crashing down. Google could insert advertisements in Sparrow, but this would be less than the current model, which announces its long-term decline.

Additionally, Google may fall into the trap of the inventor’s dilemma, where despite its superiority in AI, it may be outgunned by smaller but much more flexible companies like OpenAI. It is important for Google to find new business models to maintain its position in the AI ​​industry. 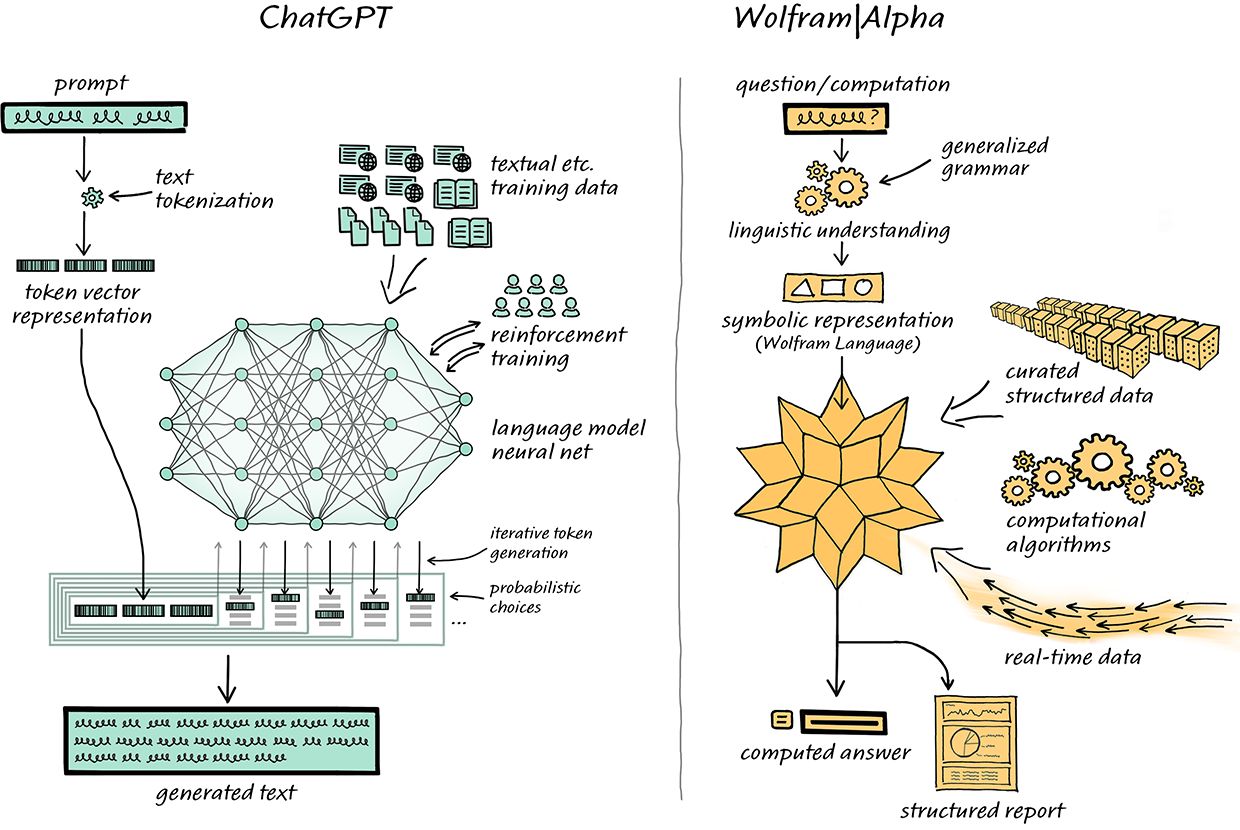 Regarding the accuracy of ChatGPT, it is true that it may encounter difficulties on specific domains. He is like a child who pretends to know everything. He there are ideas to connect ChatGPT to Wolfram Alpha, which is a pure data and computational search engine.

Wolfram Alpha is like a genius scientist who can thus communicate with the ChatGPT child to give relevant and more accurate answers to the users. This could significantly improve the accuracy of responses generated by ChatGPT. It is important to note that this idea of ​​connecting ChatGPT to Wolfram Alpha is still under development and not yet available to users.