Grandstand. Google, Amazon, Facebook, Apple and Microsoft (GAFAM) are the most publicly traded technology stocks by market capitalization and are collectively worth several trillions of dollars. Still, tech giants are suffering from high interest rates because their stocks trade on the expectation of higher returns in the future, posing risks that investors are generally unwilling to take. take in a turbulent economic environment. How do these tech giants behave in the face of runaway inflation and macroeconomic instability? Is it still interesting to invest in these stocks? 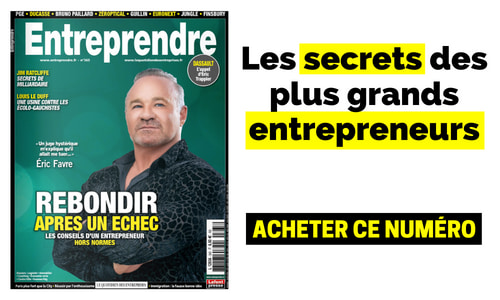 Meta: a bet on Mark Zuckerberg

In difficult macroeconomic times and a highly competitive market, Mark Zuckerberg’s bet on the Metaverse is not yet fully understood by the market, driving the stock’s fastest decline among major tech companies. Rising operating costs and currency market fluctuations resulted in a significant decline in net earnings. While the fourth quarter outlook fell short of expectations, the 2023 cost outlook shocked the market. Despite the decline in revenue, Meta expects spending in 2023 to be at least €91 billion, a 15% year-on-year increase. While rising costs are frightening, aggressive investing during the recession could yield strong returns for Meta in 2024 and beyond, if the Metaverse business proves viable.

A disappointing quarter for Amazon

Amazon’s revenue fell short of expectations with cloud business gradually slowing even as it continues to grow at an annualized rate of 28%. At the same time, growth in the advertising sector accelerated to 30% in the quarter, which is impressive in a context where the YouTube divisions of Meta and Alphabet both recorded negative growth in advertising revenue. . Amazon remains the cloud industry leader with steady growth and gaining share in the rapidly expanding digital advertising industry. Despite the weak outlook for the next quarter, there are reasons to remain optimistic about the company’s long-term prospects. As Amazon’s e-commerce margins may be boosted by continued revenue growth from its cloud computing and advertising businesses, the company will benefit from increased market share and lower costs in the future. ‘coming.

Apple’s report was the brightest and buoyed the market given its large capitalization, proving once again the solidity of the company in a difficult macroeconomic environment with record revenues in the last quarter. The company delivered strong financial results for the third quarter of 2022, with revenue of 85 billion euros, beating analysts’ forecasts of 1.29 billion euros. Product revenue was €67.7 billion, up 9% year-on-year and a third quarter record; an increase supported by the steady increase in revenue from iPhones, Macs and services. Despite difficult economic conditions, the company continues to show strong sales, which allows Apple to still be considered a solid long-term investment.

Investors were frustrated by the giant’s modest financial outlook, which caused the share price to plummet. Nevertheless, the future of Microsoft is positive. Its outlook is not particularly worrisome in the face of near-term headwinds. While average estimates now call for revenue growth of around 7% for FY 2023, the market average calls for a 14% increase over the next three years. On the revenue side, average estimates assume only 5% growth this year, followed by 17% growth and recovery in FY2024. This results from Microsoft creating barriers to entry and its competitive edge in PC software, enterprise software, social media (LinkedIn), gaming and cloud.

Profits for Alphabet, the parent company of Google and YouTube, were well below expectations in the third quarter. However, Alphabet remains one of the leaders in the advertising market, even as the economy weakens. Turnover seems to be down in its main activities. Alphabet is primarily an advertising company and weak overall results could present headwinds for the stock as ad spending is expected to deteriorate along with the economy.

However, companies are more likely to advertise on the search engine network than in other mediums, giving Alphabet a strong competitive advantage. Markets are looking to the future, third-quarter earnings are already a thing of the past, and any sign of recovery in the advertising market has the potential to spark a rebound in Alphabet shares. In times of heightened volatility, there are still solid opportunities for long-term investors, as these companies continue to dominate the market with prospects for steady growth.