Google has told an Indian court that the country’s antitrust investigators copied parts of a European ruling against the US company for abusing its dominant position in the market for its Android operating system, asking that the ruling be overturned. , according to legal documents.

In October, India’s Competition Commission (ICC) fined Google $161 million for exploiting its dominant position in markets such as online search and the Android app store, and ordered it to change the restrictions imposed on smartphone manufacturers regarding the pre-installation of applications.

Sources told Reuters in October that Google was concerned about India’s ruling because the remedies ordered were seen as broader than the European Commission’s landmark 2018 ruling for imposing illegal restrictions on Android mobile device makers. Google has challenged a record fine of 4.1 billion euros ($4.3 billion) in the case. 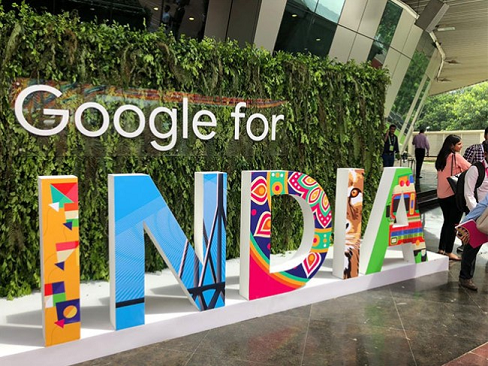 In its filing with an Indian appeals court, Google claims that the ICC investigation unit largely copied and pasted from a European Commission decision, deploying evidence in Europe that has not been examined in India. There are more than 50 instances of copy-and-paste, in some cases verbatim, and the watchdog wrongly dismissed the matter, Google said in its filing, which is not public but has been reviewed by Reuters. .

The Commission failed to conduct an impartial, balanced and legally sound investigation. Google’s practices in distributing mobile applications are pro-competitive and not unfair/proprietary. Google said in a statement that it has decided to appeal the ICC decision as it believes the decision constitutes a major setback for our users and businesses in India. The company did not how to cut and paste the allegations into its statement.

September 2021, an antitrust investigation in India reveals that Google has abused Android’s dominant position, using its enormous financial power to unlawfully harm its competitors. Google has curtailed “the ability and incentive for device makers to develop and sell devices running alternative versions of Android”, says the June report from the investigation unit of the Competition Commission of India (CCI ).

The American tech giant said it looks forward to working with the ICC to demonstrate how Android has driven more competition and innovation, not less. The 750-page report says the mandatory pre-installation of apps ‘amounts to imposing an unfair condition on device makers’ in violation of India’s competition law, while the company has taken advantage of its app store’s position Play Store to protect its dominance.

Play Store policies were “one-sided, ambiguous, vague, biased and arbitrary”, while Android “enjoyed its dominant position” in licensed operating systems for smartphones and tablets since 2011, the report said. The investigation was triggered in 2019 after two junior Indian antitrust research associates and a law student filed a complaint.

October 2022, the Indian antitrust regulator fines Google $162 million for abuse of the Android platform and orders it to change its approach, which is considered anti-competitive. India has ordered Google not to block smartphone users from uninstalling its pre-installed apps such as Google Maps and Gmail. He also asked Google to allow users to choose their preferred search engine for all relevant services when they first set up a phone.

The Competition Commission of India (CCI) has said that Google has taken advantage of its dominant position in markets such as online search and the Android app store to protect the position of its apps as Chrome and YouTube in mobile web browsers and online video hosting.

The ICC also banned Google from entering into certain revenue-sharing agreements with smartphone makers, noting that such practices help it secure the exclusivity of its search services to the complete exclusion of its competitors. Markets should be allowed to compete on the merits and it is up to the dominant players (in this case, Google) to ensure that their behavior does not affect this competition on the merits,” the ICC said in a statement.

On October 25 last year, India ordered Google to allow third-party payments, and fined the American giant $113 million for anticompetitive practices. The Competition Commission of India (CCI) has said that Google has used its “dominant position” to force app developers to use its in-app payment system, noting that the sale of in-app digital goods is a key way for developers to monetize their work.

The ICC ruling is the latest setback for Google in one of its priority markets, where the watchdog has fined it another $162 million for anticompetitive practices related to its Android operating system. , and asked him to change his approach to the Android platform.

The Indian ICC’s decision comes as Google faces heightened antitrust scrutiny around the world. Google licenses its Android system to smartphone makers, but critics say it imposes restrictions that are anti-competitive. The US company believes that India’s antitrust body has copied parts of the EU’s Android Abuse Ordinance.

Indeed, in April 2016, the European Commission opened a formal investigation procedure against Google over its Android operating system. Article 101 of the Treaty on the Functioning of the European Union (TFEU) prohibits decisions by associations of undertakings and anti-competitive agreements between undertakings. Article 102 TFEU prohibits abuses of a dominant position which may affect trade and prevent or restrict competition. The Antitrust Regulation (Council Regulation No 1/2003) sets out how this provision is to be applied by the Commission and the national competition authorities.

Also, following two complaints, and after carrying out an initial investigation on its own initiative, the European Commission has opened a formal investigation procedure against Google in order to examine in depth whether the behavior of the company concerning its operating system for Android mobile devices as well as apps and services for smartphones and tablets breach EU competition rules.

Wanting to make use of its right of reply, Google requested an extension of the initial three-month period granted to it by the European Commission, in order to be able to properly examine the documents in the file. At the request of the Alphabet subsidiary, this deadline was extended three times and the last deadline was set for October 7 of that time (2016). According to the daily Reuters, Google has obtained a fourth deadline, until October 31, to present its defense against the charges of the European Commission.

At the end of July 2017, Google was fined 2.4 billion euros; the company expresses its disagreement with the decision of the European Commission and plans to appeal. In a post, Kent Walker, senior vice president and general counsel at Google explains that the firm’s role is to connect its users with thousands of advertisers, regardless of their size, and in a way that is useful for both. groups. He therefore believes that the European Commission’s decision on online shopping underestimates the value of these kinds of quick and easy connections.

Google also says it is guided by its users and not by a desire to crush the competition. “While some comparison sites naturally prefer Google to prominence them more, our data shows that people usually prefer links that take them directly to the products they want, not websites where they have to repeat their searches,” adds Kent Walker. Through its service, Google says it still allows thousands of European merchants to compete with big companies like Amazon and eBay. Kent Walker is also quick to point out that Amazon remains the port of call for researching products online. To back up his claim, he cites a Bloomberg article that says over 50% of shoppers turn to Amazon first when they want to research products online.

Google has asked the court to overturn the order of the Competition Commission of India and the case will be heard on Wednesday. The American company claims that Android has expanded choice for everyone and that these agreements help maintain the freedom of the operating system. In Europe, 75% of the 550 million smartphones run Android, compared to 97% of the 600 million devices in India, according to Counterpoint Research.

Sentenced to a fine of 2.4 billion euros, Google expresses its disagreement with the decision of the European Commission and plans to appeal