Phew! Google announces that Stadia controllers will have a second life. Bluetooth will be enabled within the next week.

Stadia is dead, long live it cloud gaming! In September 2022, Google announced the end of Stadia, its cloud gaming service. However, this announcement did not come without clashes. Not only did the developers learn about it almost at the same time as the players, but some buyers encountered problems with the refunds promised by the Mountain View firm.

Admittedly, the studios have it bad, but customers have nothing to complain about: all purchases concerning Stadia, whether hardware or digital games, have been refunded unconditionally. We could nevertheless ask ourselves certain ecological questions about the controllers.

Everyone who bought a Stadia kit received a Chromecast Ultra and a dedicated controller. If the HDMI key can still be used, the controller uses a proprietary protocol. If it connects well to Chromecast via Bluetooth, it actually works via Wi-Fi to connect directly to Stadia servers, and thus reduce latency as much as possible.

Problem: This system does not allow wireless use with another device. With the end of Stadia set for January 18, thousands of controllers would therefore lose their main interest. But don’t worry, Google is on it!

We’ve also got Bluetooth news: next week we’ll be releasing a self-serve tool to enable Bluetooth connections on your Stadia Controller.

In a tweet, the official Stadia account confirmed that a tool will be made available next week to enable Stadia controller Bluetooth connections. They will be able to connect to any compatible device (PC, smartphone, tablet, etc.).

For now, the details of the use of this tool are not yet known. We will therefore have to wait a little longer to find out how it works.

In the meantime, Stadia is still here

Since September, we have known that Google Stadia will not see the sun rise on January 19. However, the service continues to operate and a new game has even been released. baptized Worm Game , this title was designed by the team behind the Stadia service itself. This is a Snakewith different modes, a game described as “humbleby its developers. 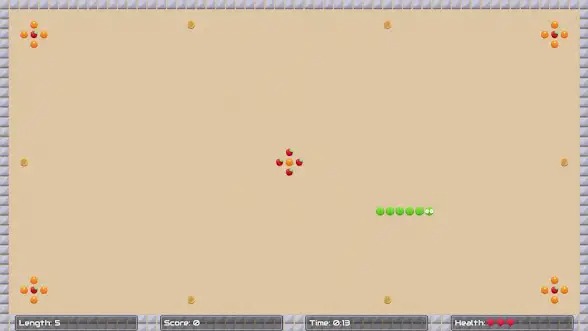 In fact, Worm Game was designed long before Stadia launched in 2019 and served as a sandbox for developers to test new features. “The Stadia team spent a LOT of time playing it and we thought we should share it with you“, explain the developers. Take it both as a tribute to the work done on this game and as a swan song for the platform which is living its last breath here.